In the spirit of Thanksgiving, when so many Americans gather around the TV to watch the pigskin being passed, we decided to recognize the team logos that communicate the sport, the team name, and the city, says Jensen. Additionally, we also pointed out some logos that feature poor design choices.

The top five best NFL logos chosen by Bop Design are as follows:

1) St. Louis Rams The logo exudes power and aggression, with exaggerated ram horns as the centerpiece of the eye-catching design. The team didnt overdo it with the rams face. They kept it clean, simple, and compelling, says Jensen. Jensen adds that the ram horns also translate to the helmets of the players, showing how a versatile a logo can be.

2) New England Patriots The Patriot logo accomplishes a clean, yet powerful design for a team name that represents the founding of the U.S.

3) Dallas Cowboys You couldnt possibly be more iconic and minimal, says Jensen. Instead of attempting to illustrate an actual cowboy, the logo is dialed down to its most simple and representative form.

4) Seattle Seahawks – Seahawk icon is sleek, contemporary, and packs a bold color palette. The bright green contrasts nicely with the navy, helping the player standout on the field. The only concern is that the logo is too trendy and may not have the staying power of a logo like the Dallas Cowboys have, says Jensen.

5) San Diego Chargers While the name may be nondescript, it overcomes with a simple and electric icon. The NFL is full of logos representing animals and inanimate objects, so the bolt represents energy, power, something intangible, says Jensen.

The top five worst NFL logos chosen by Bop Design are as follows:

1) Cleveland Browns The Browns gets little love from designers with an unimaginative logo. Your logo is a football helmet? Seriously, could you possibly be less creative? says Jensen.

2) Washington Redskins While the level of political correctness is up for debate around the naming of the Washington, DC team, the logo shouldnt rub it in peoples faces.

3) Tampa Bay Buccaneers This logo is a prime example of too much detail. The name is cool, but the execution is terrible. There are 3 swords, a football, a red flag, and a skull. Its excessive, says Jensen.

4) New York Jets Text based logos are best kept minimal and stylized, yet the Jets logo tries to balance two different typefaces and a football symbol. The result: an illegible logo lacking personality.

5) Oakland Raiders Sometimes logos are great when first designed, but over the years, are in need of an update. Despite the logo, the Raiders have some serious fan loyalty, proving that your brand isnt just about a logo its about the entire experience. 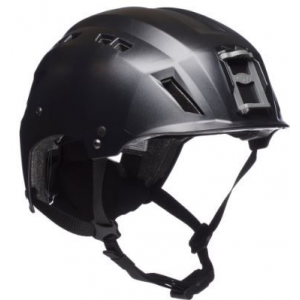 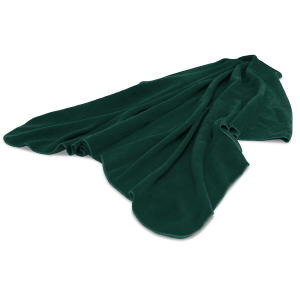